Quakers use the word ‘light’ a lot. Sometimes it is ‘light’ and sometimes ‘Light’ – we like our capital letters.

Usually people mean light in a metaphorical sense, though we do also talk about turning the lights on (and even more about turning them off to conserve electricity and save the planet, though that may mean sitting in the dark, at least in some people’s opinion) and admire the way the sunlight falls on the floor or the furnishings as it streams through the meeting house windows. 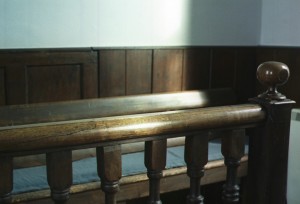 Metaphorically we have phrases like ‘open to new light’ meaning receptive to new ways of perceiving things, and ‘an infinite ocean of light and love’ which George Fox ‘saw’ flowing ‘over the ocean of darkness’. QF&P 19.03. 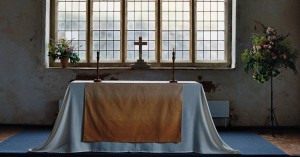 Used with a capital L, ‘Light’ refers to an aspect of the Divine, or may be used as a synonym for God. In Advices and Queries we find: ‘Trust them as the leadings of God whose Light shows us our darkness and brings us to new life.‘, ‘Hold yourself and others in the Light, knowing that all are cherished by God.‘, ‘Take time to learn about other people’s experiences of the Light.‘ and ‘Appreciate that doubt and questioning can also lead to spiritual growth and to a greater awareness of the Light that is in us all.‘

So we have the Light belonging to, or being an attribute of, God. The Light being something or somewhere that people can be held in (I often envisage an armchair – it holds me supportively, I can relax, even sleep, but I can also be alert, ready to get up and act, importantly I am not held in the sense of being restrained, I can leave at any time if I wish). The Light being something we can all experience and be aware of – I understand this to include the ‘Inner, or Inward, Light’ that early Friends spoke of, as well as something outside of myself. 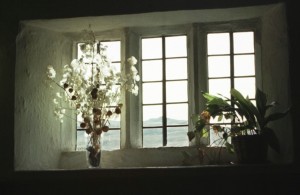 We also have ‘Light groups’ – these are not Quaker weight loss groups, or groups considering the conservation of energy and types of light bulbs. They are groups using a meditation technique also known as ‘Experiment with Light’ based on Rex Ambler’s research into methods used by early Quakers. The gently guided meditation allows people to pay attention to things that may be concerning them (which could be significant issues or apparently trivial matters), holding them in the Light in a relatively detached way and waiting in the Light to see what emerges. Practised regularly in a supportive group, the technique has proved useful to many people. While most practitioners are Quakers, there is no restriction on who can use the method, though some people prefer to practise in a closed group (that is a group where the same people practise together). 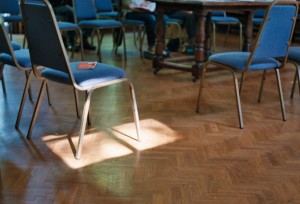 So what is your experience of the Light?

‘Art thou a child of Light and hast walked in the Light, and what thou speakest is it inwardly from God?‘ George Fox quoted by Margaret Fell Quaker Faith & Practice 19.07.