The Faith Leaders’ Forum in Watford is a new initiative that I have had the privilege of being part of (having been appointed by Watford Quaker Meeting).

The initiative came from a Muslim who is a long-standing member of the executive committee of Watford Interfaith Association and who is also a police chaplain. He consulted with the (Christian) town centre chaplain and some other people who encouraged him to go ahead.

The initial aim was to provide an opportunity for faith leaders in our town to be ‘friends before we need to be friends’, to make connections and to be better placed to explain to our communities about issues affecting another faith community.

Relationships between different faith and cultural groups in Watford are generally very good. People here live in very mixed communities, rather than in geographically separated areas, and this means that everybody tends to know people from different backgrounds as their immediate neighbours.

At the first meeting of the Faith Leaders’ Forum, held in a meeting room at North Watford Mosque, the level of pre-existing friendship was very apparent and reassuring. However, there were marked gaps and we felt the need to encourage participation from those groups not represented, while gently limiting the number of leaders attending from large groups (so the Christians are currently represented by a few people with wide contacts among Christian and other groups in the town). Discussion was wide-ranging and all were respectfully listened to.

We parted agreeing to meet again, to encourage other Faith Leaders to join us, and to enthuse to our communities about our meeting. 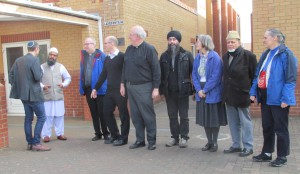 The second meeting was at St Michael’s vicarage in West Watford with a similar level of attendance and a few more faith groups represented. Most of the proposed formal agenda was discarded, but we heard about current concerns in some communities and considered how best to use our valuable time together. We’ve agreed to meet again at the Synagogue choosing a different day and time in the hope of enabling wider participation. We plan to consider what the difference is between Watford Interfaith Association and Watford Faith Leaders’ Forum, how we can best support one another and our vision for Watford.

I feel hugely privileged and much encouraged to be part of this new initiative. This time I took the role of making notes, which I have written up rather more like I might produce a Quaker minute of a discussion and consideration of issues, than by simply typing up the notes I made. It wasn’t yet appropriate to offer that to the meeting at the time in the Quaker manner, but offering record-keeping of the meetings is something I feel able to contribute.

This feels like a slightly delicate, very valuable, plant that we are nurturing. I look forward to seeing it take root and flourish. 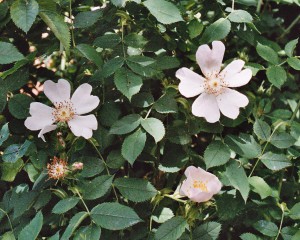