Death led early Friends to their first acquisitions of land. At that time nearly everybody was interred in the churchyard. The established church did not want to bury these dissenters, Friends did not want to be buried with the rites of the church. So, very early in Quaker history, land was acquired for use as burial grounds. In many cases meeting houses were later built on these same plots of land, but some remain as burial grounds only, in isolated sites, such as at Ashgrove Quaker Burial Ground near Shaftesbury.

These days, although some Friends are interred in Quaker burial grounds, many are cremated (their ashes may be interred in a burial ground or a meeting house garden, but there is no fixed pattern). Increasingly, Friends concern for the environment leads people to choose green, or woodland, burial, and to consider alternative materials for the coffin (I’ve asked my family to use a willow casket when my turn comes).

Quaker burial grounds are generally notable for their simplicity and equality: ‘Friends are left at liberty to adopt the use of plain gravestones in any burial grounds; it being distinctly understood that, in all cases, they are to be erected under the direction of the area meeting; so that, in each particular burial ground, such uniformity is preserved in respect to the materials, size, form and wording of the stones, as well as in the mode of placing them, as may effectually guard against any distinction being made in that place between the rich and the poor.’ Quaker Faith and Practice 15.20 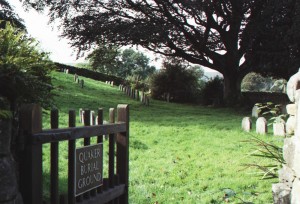 So, what is different about a Quaker burial? Well, to a Quaker, a funeral is the same as any other time that we gather together in worship. We meet in the silence and wait together. We may be at the graveside, in a crematorium, at a meeting house or elsewhere. The spirit usually moves some among us to speak, and, following a death, people will often be moved to speak of the deceased. These days, there are often family members present who are not familiar with Quaker ways, and the funeral may be conducted in a semi-programmed way with some music or prepared ministry being included. I had the privilege of attending a funeral for one man who had had much contact with Quakers, although he was not formally a member. It was held in a local church and we sang hymns (of his choosing), had some prepared readings, and a period of silent worship. It still felt very much a Quaker funeral or, as we often say, ‘meeting for worship to give thanks for the life of ….’.

What about our attitudes to approaching death? Advices and Queries 30 says: ‘Are you able to contemplate your death and the death of those closest to you? Accepting the fact of death, we are freed to live more fully. In bereavement, give yourself time to grieve. When others mourn, let your love embrace them.’. This is really sound advice, but I feel Friends, like others in our society, are often reluctant to talk about death and what it may mean to us. I was tempted to have a little rant here, about Friends not living up to their aspirations in this area. However, last Sunday, it was announced that the discussion after our next shared lunch will be on the topic of approaching the end of life and making arrangements for funerals. So, rant withheld. 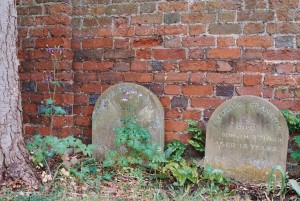 In my own family, I was kept shut away from death when it did occur. I was not allowed to attend the funerals of my grandparents, or to visit them in their last days or weeks. Admittedly I was only six when my paternal grandfather died, but I was well over forty when my last grandparent came to the end of his life. I mean no criticism of my parents or grandparents for this, I realise that they dealt with the situation in a way that met their needs.

I was thirty-five before I ever went to a funeral. Then a Friend in our meeting died, who had been a member for over sixty years, with a particular gift for teaching ministry. I felt that he would be glad if his funeral was a learning experience for me and determined to attend, although it was the same day as my son’s fifth birthday party. It sounds odd, but the two sat together well, reflecting different aspects of life. I have since made a special effort to attend all funerals in my local meeting if I am able to do so. The Quaker way requires the support of others to uphold the worship, even if the deceased was not well known to some of them.

For myself, I was also much helped by a Friend, whom I was able to visit from time to time, although she had moved away from my home town. Shortly after her death I wrote:

I visited Jenny a week before she died. On this last visit I felt Jenny and Peter were giving me something,

though I couldn’t identify it entirely. This morning (6/4/09) I have some awareness of what their gift was. It was what Jenny was so good at, just being there beside you and sharing the experience, or as much as

one wished of it. She was never intrusive. She was a huge support to me when I was very ill, awaiting tests and diagnosis. Now she was letting me share in her dying as she had let me share in her wedding, in bringing up our children, by just being there and letting me be alongside, even if only briefly, something my own family had been unable to give me. Jenny and Peter had shown me how, even with a difficult illness, death can be a normal, natural, part of life. 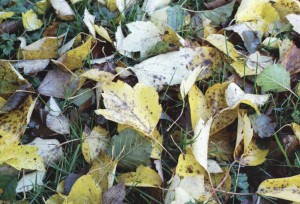 Currently, in my meeting, several people are undergoing treatment for severe cancers, which may be terminal, another has embraced his diagnosis and is going forward without surgery, chemo- or radio-therapy. Others are facing up to the need to move into care homes. They are contributing to our community by sharing their experience, and we are upholding them in prayer as they go forward. I hope that we can all truly accept the fact of death, so that we may be freed to live more fully.

4 thoughts on “D is for death”