Engaging with the World, the Evolving Tradition and Experience of the Spirit, three good E’s form the core strands of the Equipping for Ministry course at Woodbrooke. This two-year, part-time course is the Quaker equivalent of formal training for the priesthood. In fact, since we have abandoned the laity and espoused the priesthood of all believers, it is necessary to make this sort of training available to all our members. Providing this training was the principle aim of the founders of Woodbrooke. Equipping for Ministry is its current format, one intended to fit into modern life styles.

At Yearly Meeting in 2007, I was drawn to the special interest group about Equipping for Ministry. I came out of that short meeting knowing that this was for me, it was only a matter of when. Later in 2007 all seemed to fall into place, I was in good health, both my children were grown and away at university, my spouse was in a new job which looked settled and secure. My family and my meeting all supported me, so I put in an application and was accepted.

The course began on a dark, wet, snowy evening in January. I nearly got lost going to Woodbrooke (despite having been many times) because I couldn’t see out of the bus windows. The bus driver and my fellow passengers were very helpful and ensured I got off at the right stop (which is right outside the gate). Was I glad to arrive!

That first weekend was about getting to know our group – that was supportive and fun; meeting our personal tutors – I was very anxious about that, but it turned out fine; and considering what ‘ministry’ might mean – a huge and scary topic! Ministry can be anything that we are called to do, from lovingly preparing a bed for a guest to non-violent direct action at a military base, from listening to someone who needs to talk to speaking out publicly about what is wrong in the world. I ended the weekend feeling for Jonah and understanding his desire to run away. Over the next few weeks I realised that I was not being called to Ninevah, but was being called to stay in Watford (where I’ve lived most of my life, despite a teenage determination to leave).

The week-long residentials that all participants do together are structured to cover the three themes, and are also an important part of bringing each group of participants together. They also build relationships between Woodbrooke staff and EfM students.

For my short courses, I had initially wanted to do lots about other faiths, particularly thinking to be better equipped for more interfaith work. During the first residential week I realised that to communicate better with people of other faiths I needed to be better grounded in my own, so I choose some courses that looked at Christian and Quaker history and at the Bible. This change of plan is a very common experience among EfM students. 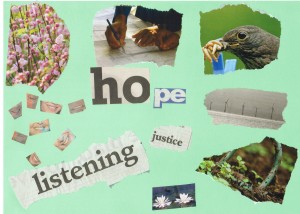 What about the project? Hearing that students are expected to do a project, something that they work on between visits to Woodbrooke, daunts many prospective Equipping for Ministry students. ‘It can be anything’ we’re told – which doesn’t necessarily make it less daunting. I decided early on to do a ‘pre-project’. I aimed to ‘walk mindfully around Watford listening for that of God’ for a couple of months and to see what arose. I ended up taking a lot of photographs, ‘listening’ with my eyes. At the end of this I spend several hours in Woodbrooke’s art room mounting some of the pictures and making a collage that responded to the themes that emerged – a balance between ‘fear’ and ‘hope’. 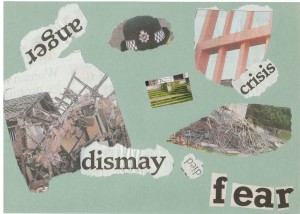 My project later emerged, I called it ‘sharing what I’m learning’. People thought I meant teaching, but that isn’t quite it. What I was learning was about how we learn, and how we can discover what we already know, and how people can be helped to do that. I call it facilitating. In practice for my project I convened the core group in my meeting that ran ‘Quaker Quest’ in the autumn of 2008, participated in the trial stages of ‘Becoming Friends’ in 2009 and ran a few ‘study group’ sessions for local Friends. All very practical activities. These activities have led on to others since I finished the course. My involvement in ‘Becoming Friends’ led to becoming an online companion for the course and to leading courses for prospective companions. The study group we offered as a follow-up to Quaker Quest has run and run, evolving into a light group and a spiritual journeys group.

So what did I gain from Equipping for Ministry? A desire to go on learning; the confidence to share with others; the privilege of being a companion to newcomers through ‘Becoming Friends’; a group of very supportive Friends in the shape of my fellow students: a much greater appreciation of Woodbrooke’s gardens through seeing them so many different times of year. 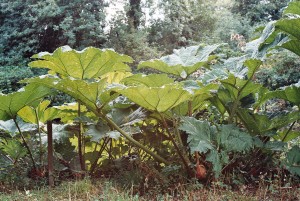 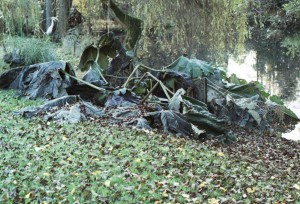 If you feel Equipping for Ministry may be for you do visit the website to find out more, or ask me questions via the comments box.

5 thoughts on “E is for Equipping for Ministry”