Different traditions use different words. These may or may not be expressing different experiences. Words are always inadequate for expressing deeper spiritual truths, we have to use metaphor and poetry because we are not speaking of material things. Shared experience and shared cultural background is assumed when we use language in these ways, but it may not actually exist. Even between people from a very similar background any given word may have particular overtones that result in it having a subtly, or grossly, different meaning for each of them. When we use emotionally loaded words like God we step into a quagmire. Lots of other basic religious terminology is fraught with the same difficulties. When talking with people from different faith backgrounds the problems can be particularly acute.

We may become fearful of saying anything at all for fear of being misunderstood. Just as we may fear to step into a quagmire, a bog. 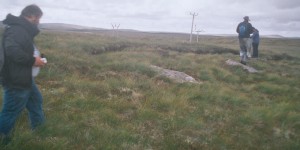 As an example of the sort of difficulties that can be encountered, I recently attended a discussion meeting of my local SGI Buddhist group. I know many of the people in the group and have chanted and discussed with them fairly regularly over many years. On this occasion the group included one person who first language is Spanish and two (from Brazil) whose first language is Portuguese. The question before the discussion group was:

‘How can you apply the lion’s roar of ‘nam myoho renge kyo’ to develop the dignity of life in your environment?’

We had to have the question repeated several times in order to begin to grasp what it meant. The question had probably been asked originally in Japanese, the translation into English does not read very comfortably to a native English speaker. Even more difficult, I guess, when English is not your first language. And then, the emphasis of the discussion is to speak from our own experience, so we all need to use words that we, personally, are comfortable with. Some of us were puzzled by the meaning of ‘lion’s roar’, ‘dignity of life’ and ‘your environment’. Is ‘your environment’ my personal environment; the physical environment (locally or the whole planet) that we are may be working to protect; my emotional environment; my workplace environment? Does ‘dignity of life’ refer to not killing anything; to treating life with respect but accepting death as part of life; is it about war or about being vegetarian? Then there is the word ‘develop’ – I won’t explore that one, because I’m not at all sure that I’ve remembered the correct word!

Some spoke of the strength that they gain from chanting ‘nam myoho renge kyo’ and clearly understood something of the metaphor of the ‘lion’s roar’. Others talked about how their environment, their immediate surroundings, are part of the wider environment, and linked this to experiences where a change in themselves, in their attitude (however small), actually led to changes in their surroundings, in their environment. I spoke about seeing the dignity of life in political leaders with whom I disagree, leading to my being able to feel compassion for them (see last week’s post). One person felt the need to speak in her native Portuguese and her friend translated. It is very hard to speak of deeper experiences in a language that does not come easily to the tongue.

Despite all the difficulties, I felt that we were actually sharing well on a deeper level, because everyone listened very attentively and tried to hear beyond the specific words to what the speaker really meant.

Now I’m going to risk the quagmire of translating. In the Community of Interbeing we call this ‘deep listening’, among Quakers we speak of ‘hearing where the words come from’. At least, that is my understanding of the experience.

The situation in Palestine/Israel and especially Gaza was very much in the news as Quakers gathered in Bath for YMG. There was much concern among Friends and a huge desire to DO something. Quakers have taken a lot of interest in the situation in the region over many years, administer the EAPPI programme on behalf of Churches Together and support the Friends School at Ramallah. In 2011 we took the more controversial step of announcing our support for a boycott of goods from the occupied territories. While doing this we have tried, nationally and locally, to maintain good communications with Jewish and Muslims groups. In my own small way I am involved in my local interfaith group for whom I arranged a speaker from the Friends of the Bereaved Families Forum and I try to buy products from Zaytoun (olive oil etc) to support positive trade relations with Palestine.

That’s the background, but here we were in Bath with a huge crisis in Gaza and it was too late to put the issue on our agenda because we hadn’t time to ensure that we all had the facts to hand to consider the matter properly.

Fortunately an opening was created. We were offered a time in the big top to hold a meeting for worship to ‘hold in the Light’ the situation in Gaza and in other areas of conflict in the world, of which there are too many, some of which have considerably worsened since.

So on the evening of Thursday 7 August several hundred of us gathered to uphold those in Palestine, Israel, Gaza, Iraq, Ukraine and elsewhere. Despite tiredness and many fascinating alternative activities I felt that attending this meeting for worship was an important thing to do. There was much heartfelt spoken ministry, but what I was most aware of was a change deep in myself.

I went to this meeting distressed by the human suffering: death, maiming, bereavement, fear. As I sat in the silence I realised that while these things are very upsetting and people need support to cope with them, they are part of the human condition. Dying is part of life, injury is part of life, though it being inflicted in war and conflict should not be. They are not good things, but they are not evil, not inherently wrong in and of themselves. The infliction of suffering by shooting; firing rockets; dropping bombs; ordering the use of weapons; sending troops into war; planning attacks; manufacturing and selling armaments – these are all wrong, they are evil. They are evil because of the damage they do to the perpetrators as well as to those killed and injured. I suddenly saw the need for love and compassion for those who do these things, especially the leaders. I found that I could send love and compassion to the fighters, leaders and politicians as well as to the injured and bereaved. And, as the days have gone by, I continue to send love, compassion, metta to those people in my daily upholding prayer. It’s a small thing, but better than nothing, and a valuable addition to sending money, via the DEC, to help relieve the suffering.

In Quaker terms I yielded my concerns to God’s guidance, held them in the Light, and they and I were transformed. In Buddhist terms I looked deeply into the situation, meditated on it and saw it more clearly. There is clearly room for more transformation, for deeper understanding, but each small step encourages me to continue the journey.

The day after the meeting for worship, Yearly Meeting Gathering was able to agree a public statement (subject to a careful, Quakerly rechecking so that we didn’t cause any unintended offence to any party) on the situation in Gaza. So now I need to contact my MP to encourage action by our government in line with our requests in the statement. And to uphold our politicians as they are pressured towards supplying arms, and possibly military intervention, in other places too.

I was thinking about this as I prepared to go to YMG (Yearly Meeting Gathering of the Relgious Society of Friends (Quakers) in Britain held in Bath 2-9 August 2014). Preparation at all sorts of levels was much in my mind.

I was to co-facilitate a couple of group sessions during the week. My co-facilitator and I had exchanged some emails and then had a long detailed telephone conversation, so that our sessions were prepared in detail and we had ideas about how to be flexible to accommodate differing needs and variable numbers.

Then there were the other practicalities from packing enough clothes to not carrying anything unnecessary on the train, from booking accommodation to buying tickets. Some of these were done months in advance, others can only be done close to the last minute.

Alongside this was the spiritual preparation and we had been sent some questions to mull over, discuss and attempt to answer ,to help us consider the theme ‘what does it mean to be a Quaker today?’. A particular focus of our thinking was what it means to each of us to be a member (or not) of the Religious Society of Friends and whether coming in to membership (if we had) was a transformative experience.

For me my first attendance at meeting for worship was transformative. By the time I had crossed the room and occupied one of the empty seats that were placed in a single square around the sides of the room, I was certain that I was in the right place, that this was my spiritual home. Over the next couple of years I moved, geographically, several times, and did not apply for formal membership until I was in a locality where I expected to stay for the foreseeable future (I’ve actually stayed in that meeting for over 30 years). My sense at the time of becoming a member was that it was a matter of acknowledging publicly the truth of my relationship with my meeting and with the Society. I understand that I share that experience with others.

Although the process of becoming a member did not feel transformative at the time, it has had long lasting effects. In particular, one of the visitors appointed, the one I’d never met before, became a good friend and has been a gentle mentor to me ever since. Some years later, when we were both in the same local meeting, she and I served as overseers. Neither of us being ‘natural overseers’, we learnt a lot together as we tried to fit what we could offer to what the meeting wanted.

With the benefit of hindsight I see many of my previous experiences as preparation for things I have done since, especially service I have given in the Society. In the 1980s I spent some time as a community service volunteer and was hosted by a Quaker family. When I became clerk of my meeting many years later I realised how much I had learnt while living with the clerk of another meeting and his family all those years ago, about dealing with the very assorted inquiries that come to the clerk of a meeting. I’d also learnt a great deal about clerking by going to business meetings at local, area and yearly meeting levels, hearing and seeing how business was done, how minutes were written, and generally by participating in the process. On the clerks’ training course at Woodbrooke we were told that e already knew what we needed to be clerks and I found that to be true (but I was very glad to have the course to show me that).

So what I am now being prepared for? What might my Buddhist experiences be preparing me for? I think that they may offer other ways of facilitating learning for others, improve my listening, help me to understand more deeply the causes of suffering. I hope they enable me to offer something more to help someone in some way.

Deep down I’m a girl guide, I’ve promised to ‘… help other people …’ and I’ve taken on board the motto ‘Be Prepared’.